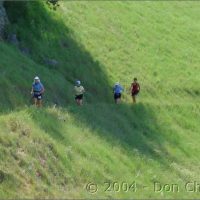 This is Saturday, May 6. I was up at 3AM, on site at 4:30 and performing at 5:20. I should make it home by 7. For the third year “running,” I perform for the Miwok 100K ultramarathon, my most consistently challenging and always very rewarding performance. Not only is it dark, it is cold, the kind… Read more » 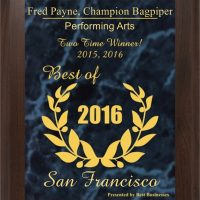 I performed Saturday, 11/26/16 on the beach in Aptos, California to help several generations of Gerry Priestley’s family bid him farewell. We adjourned to his house nearby to conduct a similar celebration of life with a wide circle of friends. Gerry was a remarkable man and well-loved. He was a Marine and received a Purple… Read more » 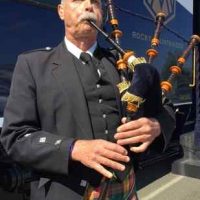 It was odd but unusually interesting recently with the unveiling of a sparkling new train coach by Canadian-based Rocky Mountaineer in the parking lot of a rustic-appearing Alstom company on Mare Island. Only the playing of bagpipes could make this catered, media-friendly event any stranger. Enter Fred Payne, a self-described “champion bagpiper” from Marin County… Read more » 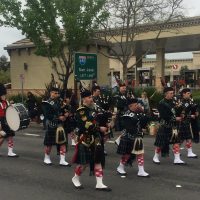 Here I am (second row with the dark glasses) in a parade today. I like the Piedmont Highlanders, an east bay (San Francisco Bay) gig band I play with. It’s a good nurturing environment for my students to experience the camaraderie pipe bands provide. When I was 12, I played my first parade with the… Read more » 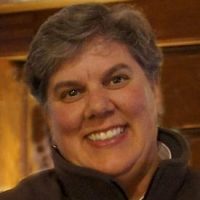 I got a call to perform in the celebration of life for a peace officer to take place on October 9, 2015. I didn’t know much more than that other than it took place at Armstrong Redwoods near Guerneville, California. I have a fair number of engagements that I step into without much information, so… Read more »

Monday, May 11 was a very special day, as I learned when I arrived at Golden Gate National Cemetery. I perform for funerals and graveside services there often and play for the Veteran’s Day ceremony every year. When I was preparing to play for the interment of Colonel Harry Katsuji Fukuhara, a man came to thank… Read more »

I have some students who will be a little envious of this boy. When you think you may not be able to handle pipes physically, that you are not strong enough to power the instrument, here is proof that you can. 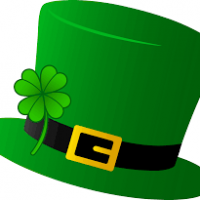 Those crazy Irish are about to be at it again! A piper friend of mine calls the second week of March the “Irish Olympics” because that’s how much is going on. It’s like Mardi Gras in green with lots of whiskey and beer. I have a list of regulars who call me every year, so… Read more » 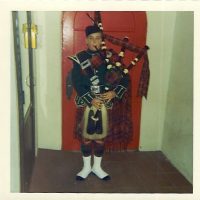 Back in January, 1968 when I was 12 years old, I had been playing pipes for more than a year and a half. The Walter B. Truman Bagpipe Band in Santa Barbara, California had given me free lessons beginning in the summer of ’66 and I’d been play gigs with them for six months. As… Read more » 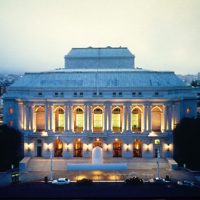 Back in July of 2011, I got a call from the orchestra director of the San Francisco Opera. A good friend of mine, a piper was seriously ill and not able to perform the bagpipe part in the world premiere of Heart of a Soldier at the War Memorial Opera House in September. The director… Read more »

You may think pipers are scarce, hard to find. You may be tempted to hire the first one you call. Truth is, you can secure a piper in a few minutes online or with a phone. The trick, the really scary part is hiring one who won’t embarrass the heck out of you, and the… Read more » 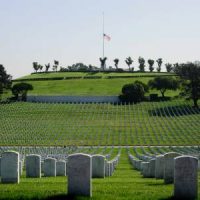 Tomorrow, Veteran’s Day 2014, I will perform for the ceremony at Golden Gate National Cemetery in San Bruno. This will be my third year. Thank you to Carolyn Livingood and the committee for granting me the honor.

A well-played pipe sings it’s message. It is evocative –  romantic, sad, joyful. Whatever emotion you wish to draw forth. It will do it every time IF AND ONLY IF it is played well. Really bad bagpipers are the plague of the piping profession. And especially, they plague our clients. There are very many pipers… Read more »

I have performed at two presentations during the past month for the not-for-profit organization American Fallen Soldiers Project. Phil Taylor paints portraits of fallen service members. He and Lisa present them to the family in a touching ceremony with honor guard and piper. They do this without charge in a spirit of true patriotism and… Read more » 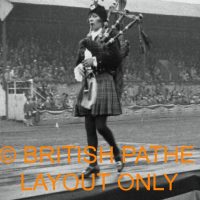 Who is she? When and where was she? What was the tune? Was this a contest? We may never know, but certainly she is lovely and her uniform does her perfect justice. 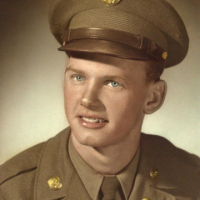 I played for Jack’s celebration of life recently. Several generations of his family and many friends attended to pay tribute and express their love. He was very dear to his family and it was a sentimental day. Jack’s golfing friends were there and spoke of him with great fondness. Jack was stationed at the Presidio… Read more »

Hap was a pioneering spirit. She learned to fly WWII trainers hoping to be a WASP, one of the women who flew stateside. After the war, she toured Scotland on a bicycle, staying at youth hostels. My own mother did the same thing at about the same time. These women may very well have met…. Read more » 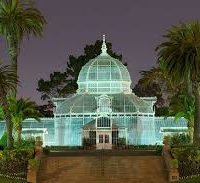 I was not informed of the genre for this wedding so it was a delightful surprise. Maureen and Aaron invited everyone to wear Victorian and gears for their big day at the Conservatory of Flowers in Golden Gate Park. The ceremony was outdoors overlooking the flower garden, the cocktail hour in the conservatory, and the… Read more » 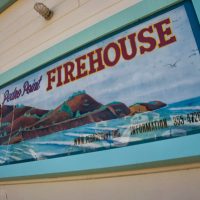 Jeff grew up in Pacifica. His brother Bruce along with lots of his friends have fine memories of their early days. He was an electrician after serving in the National Guard. His wife, Susan, daughters, and many family members honored him in the most fitting way. The common thread was that he was an easy… Read more » 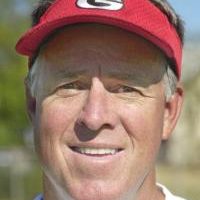 The Most Holy Rosary Chapel at St. Vincent’s School for Boys in Marinwood (San Rafael) is very large. Nevertheless, Jim Nelson’s family and friends overwhelmed its capacity. They filled the foyer and some stood outside. Jim was a football coach for more than 30 years in Marin County, was well-loved and widely respected. During the… Read more »

On Tuesday, July 15, Mr. McHugh’s family gathered at Madelyne’s Chapel on the grounds of Calvary Catholic Cemetery in Santa Rosa. With the help of an honor guard and piper they gently and respectfully said their farewells. Thank you, Kelley McHugh. Blessings to you and yours. 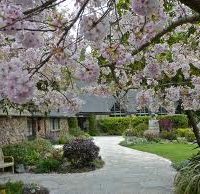 Devon and Josh were married on July 11 at the Brazilian Room (aka “Brazil Room”) in Tilden Park, Berkeley. It was nearly sunset and the light on the bride’s face brought out her radiance perfectly. It was a “you had to be there” moment. She and Josh are really fine people and I am very… Read more » 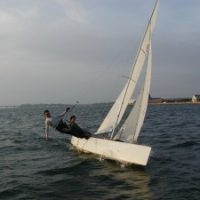 This was my third year performing for the annual blessing of the fleet in Inverness, California, now very close to home since I moved to Forest Knolls in west Marin County. I led the procession of clergy and Inverness Yacht Club members from St. Columba’s Church, down Sir Francis Drake Blvd, around the YC yard,… Read more » 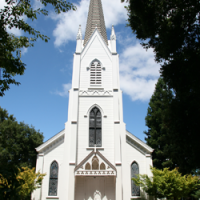 Saturday, June 28 was a perfect day. The weather was just right. The church and grounds were inspiring and the bride, lovely. Mary and Debbie, her mother were very proactive in working with me to chose the best tunes and location to play from. The Church of the Nativity in Menlo Park interior is very… Read more » 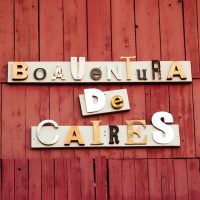 Sarah Schultz asked me to perform for her mom’s service at the BoaVentura De Caires winery (very rustic) in Livermore. The memories were sweet and you could sense lots love among the family members. Sometimes a musician feels more welcome and appreciated than most and this was one of those times. I felt most at… Read more » 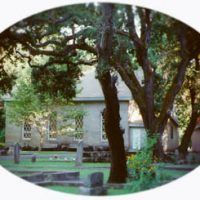 Wednesday, June 18, 2014 was Cindy McPherson’s service and interment at Rockville Cemetery in Fairfield. Her husband David, children, grandchildren, and many friends were present. Clearly she loved well and was very well loved in return. I was proud to lead the procession from the Stone Chapel to her resting place nearby and to pay… Read more » 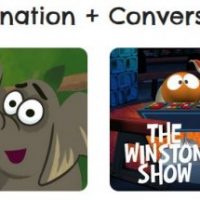 ToyTalk makes free interactive conversational apps for children – very innovative. The characters actually talk to the kids. Featured apps are The Winston Show and SpeakaZoo. These are award-winning apps for iPhone, iPad, and iPod Touch. The brainchild of Pixar alumni, ToyTalk needed some bagpipe sounds for Nessie, one of the characters. They offered me… Read more »

I played on Saturday evening for the Los Altos Relay for Life. I had been put in touch with Leah Arceneaux of the American Cancer Society by Mira, whose daughter’s wedding I performed for a year ago. Normally I do my benefit work closer to home, but this time I made an exception and glad… Read more »

Monday morning was warm (95 deg.) at the Moraga Country Club. The Episcopal Senior Communities Foundation hosted their third annual Celtic Cup Golf Tournament. The staff went to lengths to keep me comfortable and under shade for the 1 hour performance to greet and then pipe away the golfers as they left for their respective… Read more »

I performed for a lovely wedding on Saturday at Villa Sasso, a little-publicized venue in Sonoma County. The day was sunny, the bride beautiful, and the groom emotional. It was really touching. I think this couple has a wonderful future. Kristi Amaroso of Kristi Amaroso Special Events, LLC. was the wedding coordinator. I have worked… Read more » 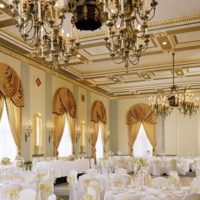 Piping for naval aviators VFA-154 Black Knights at the Marine” Memorial Club and Hotel, San Francisco. Helping F-18 flyers do it up in style! 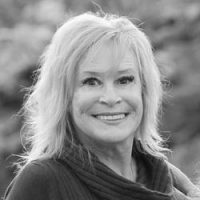 This morning I had the honor of performing for Sandra S. O’Connor’s funeral at St. Anselm’s Catholic Church in Ross. She was a loving wife and good mother, fun-loving and had a sense of humor. Sandy’s obituary. San Anselmo was her true home. Thank you Chess and Sean for your warmth and kindness. Thanks also… Read more »

How I Teach You To Play Bagpipes Are you interested in bagpipe lessons? Do you want to learn a few tunes and play them well for your own satisfaction or would you like to become an accomplished musician on pipes, performing at weddings, memorial services, parties, and events, maybe compete as a soloist or play… Read more »